Sleeping is overrated...or is it? 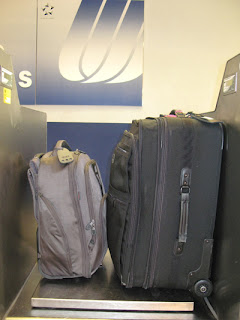 Well here is some funny travel stuff that I just had to post since I've been up since 1:30am and can't go back to sleep. :)

Yesterday when we arrived at the airport it was pretty funny to see our two bags...can you guess which one is mine?

and then we got in and went straight out to see Paris and I'm so glad we were able to sleep on the flight because otherwise I would've been so dead yesterday. I didn't used to be able to hop off a flight and go straight out but I don't think traveling wears on me as much as it used to. 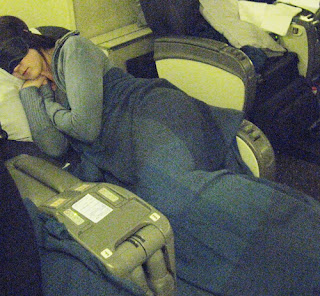 On the flight they gave us a little pack of travel stuff which was nice and it had a little thing to put over your eyes and so I snapped a photo of Vanessa sleeping. lol.

And then once we got here Samuel and Jean O'Kane assumed that we were a couple so they started having us pose in front of all the monuments and we just giggled b/c we didn't want to tell them that we just met. :) ....but then we had to tell them and there's a funny story but I have to get ready for the workshop now. 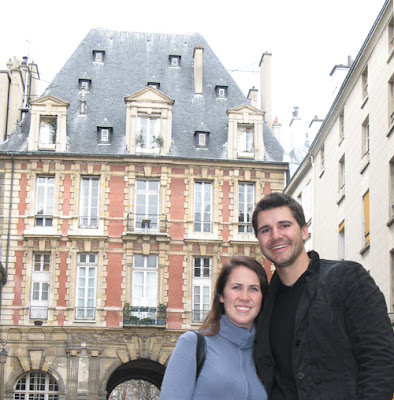 I can't sleep, either... it' sbecoming a serious problem for me. Glad to know it's a global phenomenon.

please dont tell me that's all you took for two weeks in another country!!! Are you CRAZY?!

David,
Im so glad to see you finally found someone, and shes cute. Now go get married and become miserable like the rest of us old folks! LOL!
Randy

we watched Bourne Identity last night and thought of you guys: strange guy with money meets strange girl and asks her to go to Paris with him. we laughed at all the parallels!

Haha...Shyla...do I need more for Canada?

How in the world did you fit all of your stuff in that little gray bag? You are amazing.

I am soooo glad to see you have a jacket!