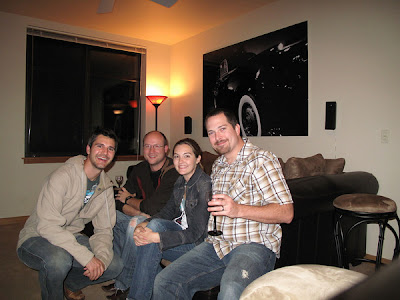 I had a great weekend in Portland. I went out there to meet with OnOne Software which has some really cool pieces of software and we are looking into some ways to collaborate. My friends Dan and Whitney Harlacher hosted me in their beautiful home and we played some vicious games of Xbox and there is a game where you race cows! I was pretty good at that one (although Whitney waxed Dan and I both) and I was really bad at racing actual cars. 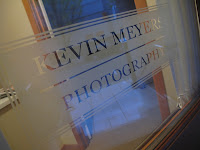 Dan is OnOne's Senior Product Manager and Whitney runs Bliss Studios there in Portland. I also got to see my old friend Kevin Meyers and one of my first assistant's ever Lindsay Beall! It was such a good trip!

Right before I left I got to hang with the Boudiour Divas here at the Freedom House! I think they are gonna do one of their workshops here so stay tuned for that! 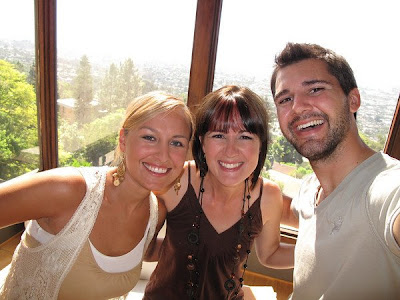 This is gonna be a great week! We're planning another LIVE cast so stay tuned for details on that. We'll probably do it on Tuesday evening this time.
Posted by || davidjay || at 10:46 PM

DJ, it was fun running into you at PDX! We'll let you know if we make it up to SB later this week.

Dude! I just arrived in Portland. I just missed ya! I just ate with Kevin Meyers. See you next week in NY! When you heading in? :)

Hey DJ! It was great visiting with you! I am glad you stayed with us and you are welcome here anytime. We will of course be sure to crash your place soon :) I must say the $5.00 you left cracked me up! You are the first that contributed to our $2.00 per night Bed and Breakfast sign! I am going to post a photo on my blog! If you get a second send me a couple of photos? I really liked the one of you and I with the camera? See you again real soon....keep in touch!
Hugs,

Sweet about the Boudoir Divas at your casa! We don't have a studio, so being able to see how it can work in a client's home would be super beneficial. Make sure to let us know when that is going to happen.

thanks for letting us hang at the house DJ! we are so excited about the workshop up there... can't wait!!! -kimberlee & marissa

i wanna come back and visit your house again :( its just so happy!

I've heard only amazing things about Portland. I hope to go there within the next 5 years!

What brand of razor do you use? Regis wanted me to ask you...

Dan, unfortunately, my genetic heritage does not leave me with much facial hair. In fact, I think I only have two chest hairs for that matter.

No way! That's so random; I was in Portland JUST for the weekend too. Craziness.

I am Reneese Mackey and I would like to express my interest in using your blog/site in promoting the services my client offers. My client extends state-of-the-art printing services with the use of modern production facilities and only the best in web technology. They offer various options in creating business cards and postcards as well as mailing services that may help maximize a company or group’s marketing potentials.

I believe that your blog/site is perfectly suited for advertising our website and services. Therefore, I would like to find out if you would allow me to place an ad on your website. If you're interested, please reply with your full name and complete URL address of your domain to my email(reneese.mackey777@gmail.com) so that I can fill you in with the details.

I will wait for your positive response soon so that I can start supporting your fantastic site/blog. I am also very eager to play on your audience’s curiosity and find out just how interested they will be in the services offered by my client.