I went running the last three days in a row. I'm working on getting in shape before the tour because I think better and work better when I'm exercising.

I used to be more trim and fit but a lot of what I do is reading and at the computer so I've lost my physique but I will get it back. 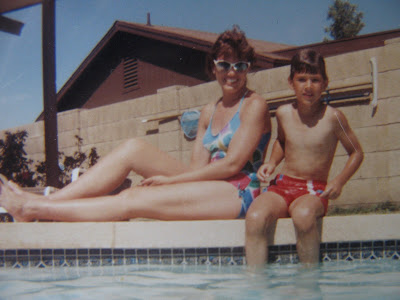 I've been playing soccer up at Westmont a couple times a week and that's an easy way for me to exercise and I've been playing pretty well. Other than the first 5 minutes yesterday when I was worthless but after that I held the ball nicely and layed off some nice balls.

Also, last night Allie left for three weeks in Cambodia and Thailand. She's taking a group of Westmont students out there to show them what is happening and how Not For Sale is helping bring people out of trafficking. It's gonna be a great trip for everyone but I'm gonna miss her.

I've been trying not to kill anything lately because I know it offends some of you but I had to kill a bunch of spiders the other day. There was a momma spider and she had just had babies and so I had to get out this "Spider Spray" stuff and go to town. I was thinking that they should make that spray scented like Potpourri b/c then you could freshen up your house while exterminating.
Posted by || davidjay || at 8:15 AM

What about Hummingbird Whisperer!

Actually, I think there IS a bug spray that is potpourri scented. It's a pink/magenta colored can.

Nice swim trunks DJ. We all wish we had the same bod as we did when we were 7 years old.

um, couldn't you just squish the spiders? that's what we do (granted they always come back).
love the picture, definitely reminds me of some good childhood times of my own.
and, that is so awesome that allie is involved in an organization like that. you obviously found a good one!

All I have to say is ... BASEBALL SLAPS ON SOCCER!

allie should and the rest of your readers should check out the SOLD project.

they are seeking to do the same thing through a documentary.

they are heading to thailand for 10 days next week to film some more footage. is there a way to connect them? my brother is the producer of the project and allie and her crew might be able to help get the word out in film.

thanks... you're blog is a great encouragement to my photography business!

That's awesome Joe! I think they're gonna meetup! If I remember correctly the Sold project is also Westmont folks! So great that people are bringing awareness to this issue!

Awesome for Allie! She's going to love it there. Lindsay and I were in Cambodia and Thailand last August and September and there are SO MANY opportunities to help out there. Man, Lindsay and I are jealous!!!

Good news is that she's going to come back telling you that you have to go to Thailand and Cambodia and we can all plan a big trip over there :)

Being away from loved ones blows. I'm glad to see you're taking all of your aggression out on the spiders.

Perhaps to help encourage working out, you do a push up and chin up for every arachnid killed???? ;-)

Is that your old house here in AZ- I swear that that roof looks like my neighbors (o wait- all the houses look like that around here- was this picture taken in Mesa or another nearby city?

I have been running 3 days a week for about 6 weeks now- funny how it takes time to rebuild your endurance.....before you know it, running won't get you so winded- but then you might get bored :)